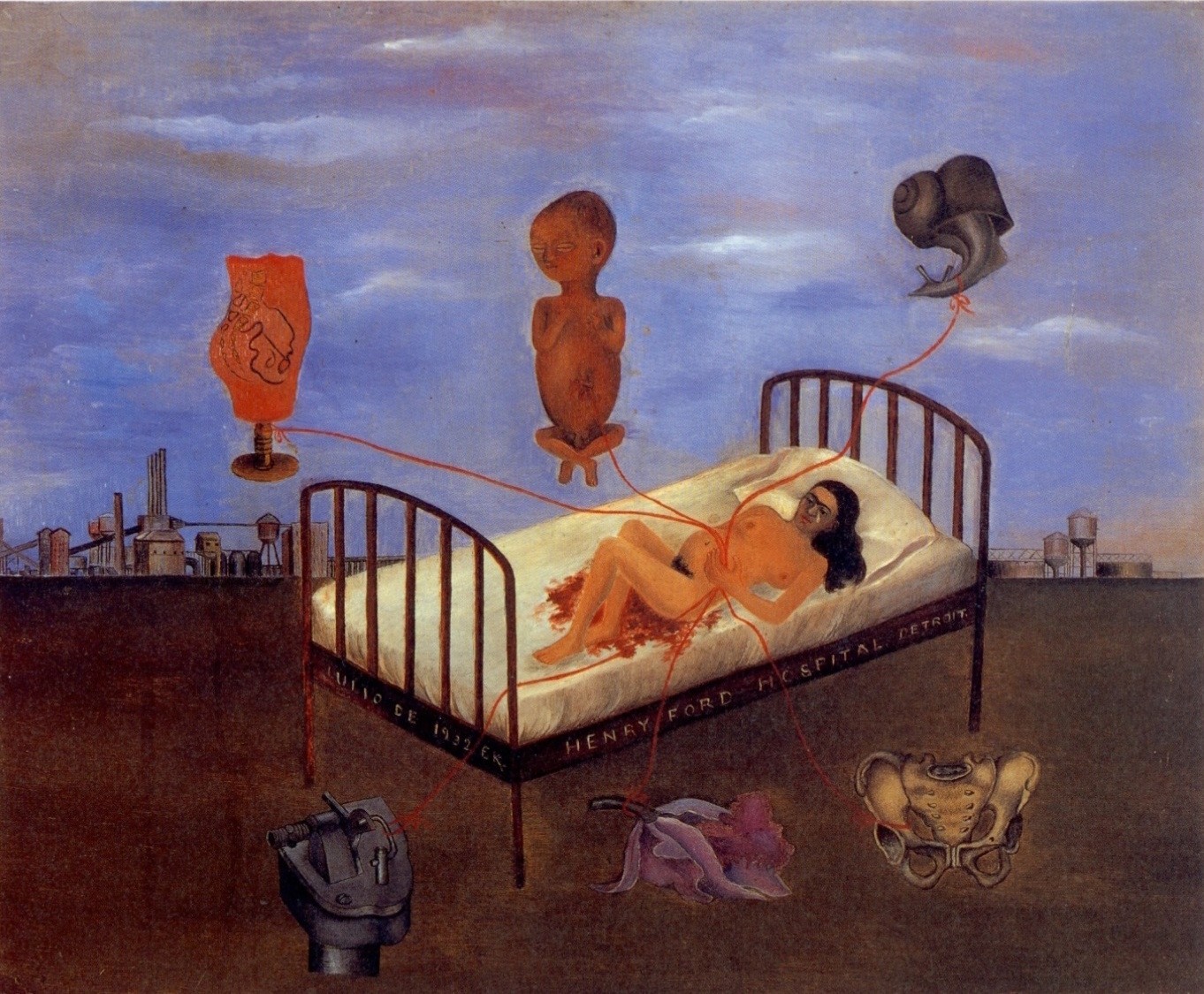 Beauty Is in the Eye of the Beholder

Another Kind of Beauty!

In May, a record in Christie’s art auction has been broken by Diego Rivera’s work, the brightly colored scene The Rivals (1931) which was sold for $9.76 million at Christie’s. This price demolished the previous record made by Rivera’s another work, Baile en Tehuantepec(1928) which was paid $3.08 million at auction. And also, the new $9.76million Rivera figure surpassed the highest price, $8 million, paid for a work drew by the Latin American artist, Frida Kahlo, the wife of Diego. This was awesome news. However, I have got some news also–the art is not only meaning something beauty but also the journey with the artists’ life.

To my surprise, not The Rivals(1931) caught my eyes but the Latin American artist, Frida Kahlo. I searched her photos for her appearance. Her uni-brow really attracted me. I’ve never seen myself in the mirror for decades years just because of my resemblance uni-brow. Have you ever avoid to see yourself because of some flaws, maybe just considered them as flaws by yourself? If you have ever planned to receive cosmetic surgeries, then you’ll know how the feeling is when you think you are not as beautiful as the surroundings are accepted. 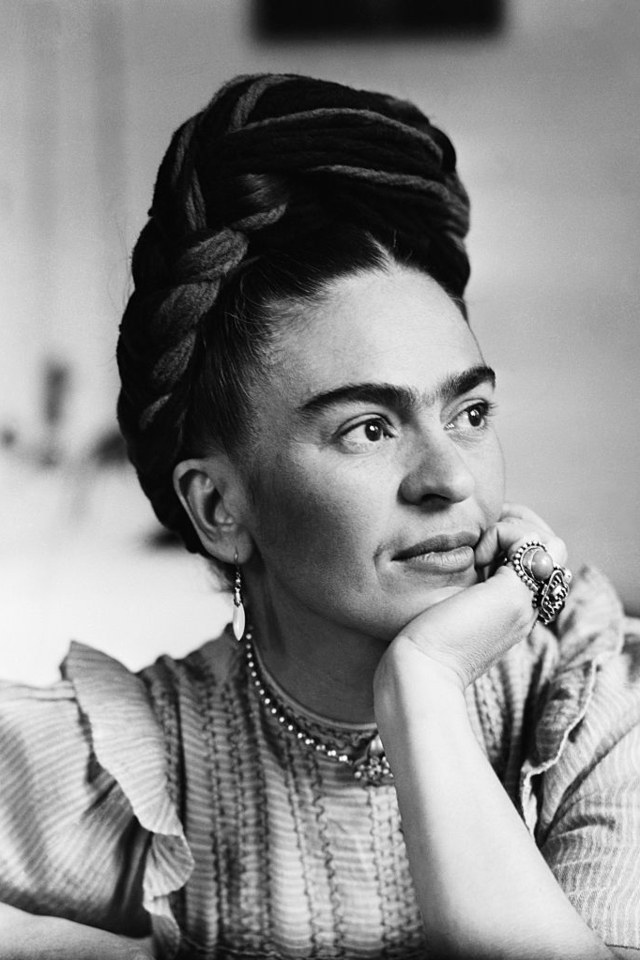 What, however, is “beauty”? I tried to get the answer from the lady who was living in the last century. When I saw one of her work, the Henry Ford Hospital, an unspeakable feeling got running in my stomach. What the hell the lady had suffered made her create out such work! For a common person who doesn’t set foot in the art world, it’s hard to understand the beauty of her work or maybe it’s easy to be scared to death. In this painting, she depicted herself in Henry Ford Hospital. She was lying in the bed with the blooding and naked body. She was holding six objects against to the red ribbons which looks like umbilical cords. A male fetus, an orchid which looks like a uterus, a pelvic bone etc. I turned to read Khalo’s biography and tried to get some clues that might help me to understand her fantastical, surreal and dreamlike work. At this time, I got a new knowledge about the beauty.

When Kahlo was 6 years old, she contracted polio which caused her right leg to be much thinner than the left one. When she was at 18, a car accident stroke her. She suffered a broken spinal column, a broken collarbone, broken ribs, a broken pelvis and 11 fractures in her right leg. Her right foot was dislocated and crushed. Her shoulder was out of joint. I can’t image what I can do when I was in such situation. She had to stay flat on her back for months. But she wrote to Alejandro, her then-boyfriend, “They’re going to change my cast for the third time, this time to keep me immobilized without being able to walk for two or three months, until my spine knits together perfectly, and I don’t know if afterwards, they’ll have to operate on me. when you come back you’re really going to be in for a shock when you see how horrible I am with this apparatus. Afterward, I’m going to be a thousand times worse, so you can just imagine: after having been lying down for a month and another month with two different devices, and now two months flat on my back put in a coating of plaster, then six months again with a lighter apparatus so I can walk ‘Is that enough to drive a person crazy, or not?’” When I read these excerpts, I really laughed out due to her optimistic, humorous, and complaining voice. Just like a naughty girl who wants to leave the prison-like bed.

Even she was courageous and hopeful, the bad effects followed her rest life. She regained her ability to walk but had to suffer relapses of tremendous pain and fatigue. She underwent about 30 operations in her lifetime. This trucks me deeply. I couldn’t imagine if I was in such condition, how can I get through? The unibrow lady in Chinese culture was not beauty at all. Her appearance was too androgyny to be treated well, not even mention her lame leg. But whether she was defeated by these difficult? Through all her life, even when she got a divorce from her husband, she didn’t suicide. Not too long ago in this year, a girl who received a cosmetic surgery but failed to recovery committed a suicide by jumping from atop a building. Compared these two, I have more respect for the lady who lived in the 20th century. Even though she was lame and infertile, she was admired by a popular muralist, her husband. She also got the respect and appreciation from Picasso when she traveled to Paris.

She suffered a lot but her work gives me strength. And then what is beautify the question I want to get an answer? It doesn’t have a settled standard. Within different cultures, the beauty changes. Just like a quote says “The beauty is in the eye of the beholder”. So why to go along with the trending? Due to the trending standard, many have suffered from unsure appearance and became self-contemptuous. Many have tried to get cosmetic operations on their healthy body. Many believed in not being beautiful as the trending is a shame. When compared with Frida Kahlo, they should know how lucky they are. The appearance will be withered with time. No matter how beautiful you were. The real thing that won’t change and will last forever is the attitude when you are facing the misery. Beauty can give you some convenience, but it also can cause you many troubles. Some were hurt or killed for beauty. So if you were not beautiful, turn back to see Frida Kahlo and you will get your courage to have a beautiful life journey.

This quote comes from Azquotes.

Following Frida Kahlo’s experience, I recognized that the art is not only existing for beauty but also for the artist’s life attitude. The first one is easy for the public to understand and feel but the last one is hard. Just like Frida Kahlo’s work, which are almost scary for average people with blood dripping organs or alike kind. To understand the latter, the rich experience is required. By the way, when Frida Kahlo was creating her work, did she know she was creating? The drawing was a good choice for her to distract attention from pain and sufferings. She was smiling at friends but resenting in her painting work with calm-face self-portraits.