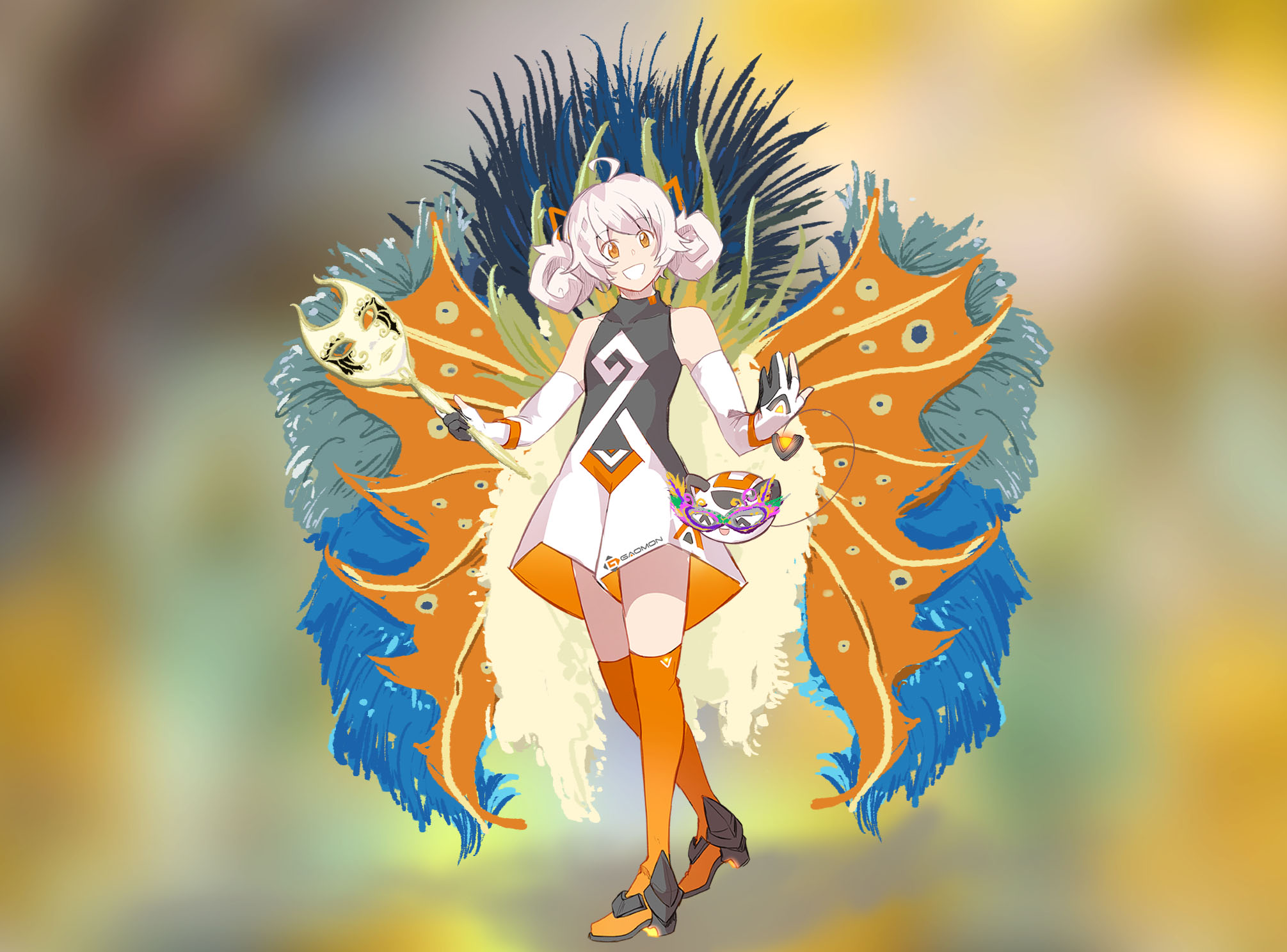 Carnival is a Catholic and Greek Orthodox event that occurs before Lent, a fasting festival. It is celebrated at a different time in different countries and often occurs during February or early March. On this holiday, colors and rhythms flood the streets. People are in costumes or masks, dancing, and singing. Now it is celebrated by more than 50 countries around the world. It is started in Ancient Egypt but the most famous carnival is in Rio de Janeiro, Brazil. Here is a little history story about Carnival.

About the origin of Carnival, there is no consensus story. But one thing in common is forgetting your social identity and freeing yourself from daily routines to enjoy and relax. In the beginning, Carnival originated as a pagan festival long before the emergence of Christianity. It was celebrated by Ancient Egypt to usher out the winter and welcome the spring. And after Alexander the Great conquered Egypt it was subsequently celebrated by the Ancient Greeks.

After that, it was adopted by the Roman Catholic Christian church in Europe. At first, Christians tried to cancel this festival but failed. Therefore, they overlaid this festival with Christian meaning and postponed it until the week before the start of Lent, around the time of the spring equinox. It was called ‘Carme Vale’. The word, “carne” means “meat” in Latin and “vale”, means “farewell”. It, in all, means farewell to meat. After the celebrations of Carne vale, people would have 40 days of the fast period, the Great Lent, during which red meat abstained from daily food. Lent ends on Easter Sunday, the most sacred of Christian holy days, Jesus revived on this day.

As Christianity spread throughout Europe so did the celebration of the carnival. It spread across Europe and finally was carried to the Americas by European colonists: from France to New France in North America, from Spain and Portugal to the Caribbean and Latin America. The colonialism brought Europeans’ festivals and also slaves. It caused a cultural clash between the colonists and the local residents who had their own rhythms, music and dance moves. Gradually the carnival was adopted and became more indigenous with the Americas. It has gotten great development there. The most famous one is Rio Carnival which draws millions of people to Rio each day during the festival.

It’s a huge work to list out how each carnival is celebrated around the world. However, we can have a glance from the best-known one that is Rio Carnival.

Rio Carnival (in Portuguese: Carnaval) is rooted in a cultural clash between the Portuguese and the Africans. The schedule of Rio Carnival before the Lent was done by the Christian Church. While the Samba music and dance were introduced by the Africans who were carried as slaves to Brazil by the colonists. Samba is now considered as traditional Brazilian music. During the Carnival, the poor can wear expensive costumes. The rich can dress down and mingle in the streets with the common folk. Men can wear women’s clothing. Women can wear barely any clothing. This holiday is an opportunity to free yourself from your daily trivial matters and escape from reality into a fantasy world.

The date of celebrating Rio Carnival differs every year. It depends on when it is Easter in that particular year. The celebrating dates will be 40 days before Easter. And Easter is celebrated on the Sunday following the first full moon in Spring. The official annual dates of Rio Carnival, which is with huge parades, starts on Friday, after work time, and ends on Wednesday, the day before the start of the Lent. Therefore, this year, 2019 Rio Carnival falls on March 1st and lasts up to March 6th.

There are three ways to joy in Rio Carnival. They are by watching samba school competitions at the Sambódromo, by joining the Carnival street parades (called ‘blocos’) and by attending an indoor Carnival ball.

Samba schools are Carnival groups which take part in the official parades. The official parade competition is held at the Sambódromo which was designed by Brazil’s famous architect, Oscar Niemeyer (1907-2012) and stands in Rio de Janeiro. The capacity of the building is 90,000 spectators. When a Samba school parades through the venue of the Sambódromo, 90,000 spectators quickly turn into active participants, singing, dancing and chanting as if they are marching with the Samba Schools. The Samba parades at the Sambódromo during the carnival week are not only an intense contest being taken extremely seriously but also a time of fun and games.

The official Samba parade competition will last for a week, from Friday (after work time) to the Ash Wednesday. The best twelve samba schools of Rio de Janeiro will participate. Six schools perform in one night. The Series samba schools are hosted on Friday and Saturday night, and the elite Special schools march on Sunday and Monday. Each Samba School in the parade contest is given about 85 minutes to march from one end of the Sambódromo to the other with all its thousands of dancers, drum players, and a number of floats. The participants are in the well-organized formation: the themed music, the choreography of the portrayed allegory. A panel of 40 judges rates their performances. They will pick out a school as a winner. The crowned school will perform for another time on Saturday after the Ash Wednesday.

The street parades are not only organized during Carnival week in Rio de Janeiro. In fact, they start as early as November. Blocos start from a specific neighborhood. Originally, they are small and consist of friends. The friends meet up to play the samba, dance and mingle. When the groups of friends grow in popularity, it turns into blocks. Now the blocks can be formally organized street bands or other types of groups. They parade down the street following a predetermined marching route and often invite people who show up to join in. Everyone joined in is singing and dancing to the samba beat or traditional rhythm and songs.

Carnival balls are usually indoors and organized every night of the Carnival week. Participants are often in costumed. The costumes are lively and entertaining. The atmosphere is supercharged and electric. To participate, a ticket is required.