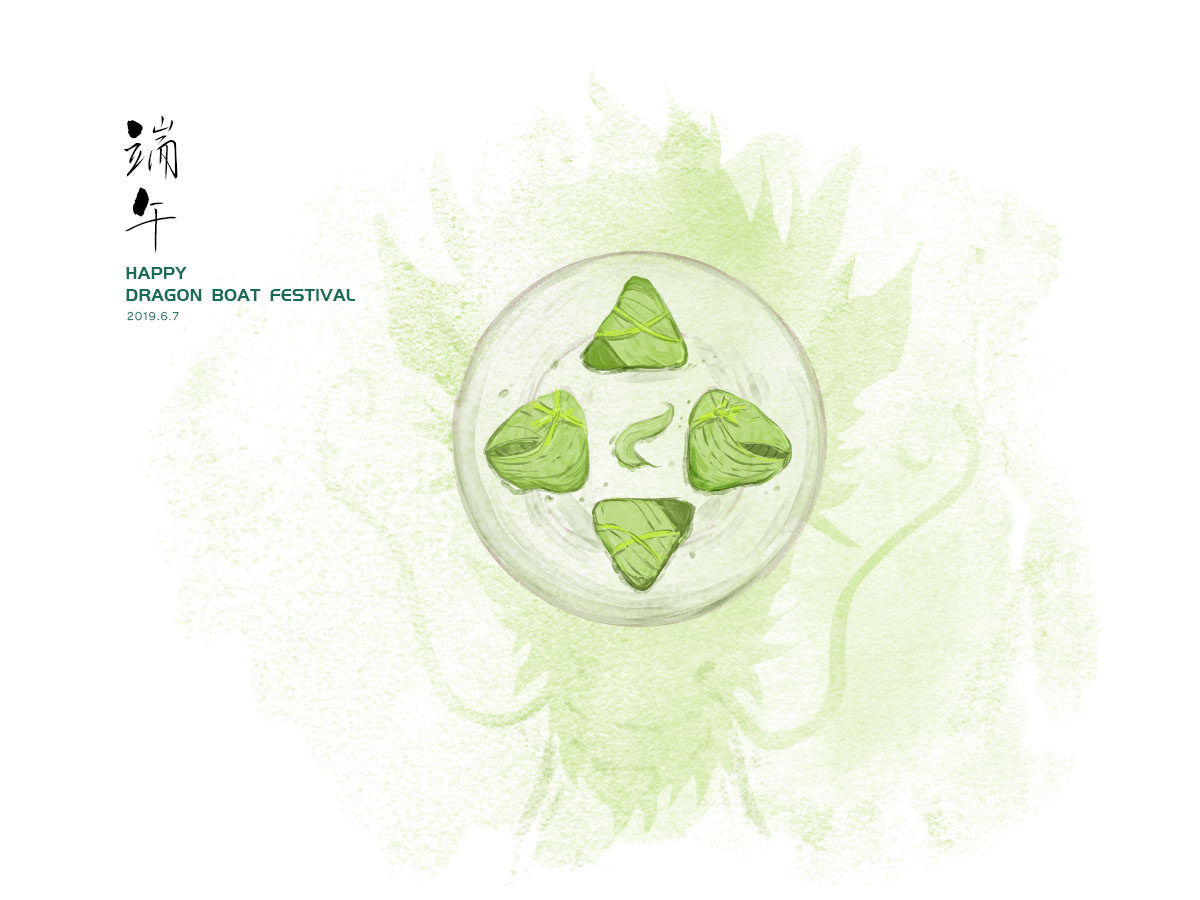 Dragon Boat Festival Is Not to Commemorate Dragons 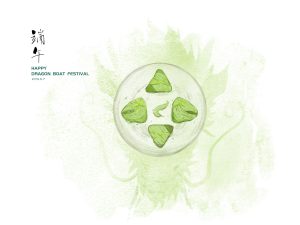 When you hear Dragon Boat, do you think of a boat carved into a dangerous, evil, fire-breathing creature with wings and long neck? However, in China, dragon boats are quite different from the creature that you think. Chinese dragons mean good and lucky and also have quite different appearances to the evil Western dragons. They have long bodies like snakes and sharp claws. They can fly without wings up to the clouds. They are covered with scales and can swim under the sea. If you have ever seen the dragon boat then you’ll know what Chinese dragons are.

Dragon boat races are one of the famous celebrations of Dragon Boat Festival which is annually celebrated on the fifth day of the fifth month of the traditional Chinese calendar. This holiday, however, is not to commemorate dragons. There are several legends about the origin of Dragon Boat Day in China. The most common one, nowadays, is to commemorate Qu Yuan’s patriotism, even though the historical record of this holiday beginning is earlier than Qu Yuan origin.

Qu Yuan (屈原), also Chu Yuan (楚原) (340~278 BC) was a patriotic poet and a loyal official of Chu state during the Warring States Period. He was the number one minister of the Kingdom of Chu. At his times, there were 7 strong states, including Qi, Chu, Yan, Zhao, Han, Wei, and Qin. He advised the Chu King to ally with Qi state to fight against the most powerful state, Qin. However, his abilities angered other officials and he was accused of treason. The Chu King exiled him. During his exile, he wrote mountains of poems showing his love and passion to his country. Chu Ci (楚辞), Li Sao (离骚), Jiu Ge (九歌) are the highlights.

After hearing that Qin army had occupied the Chu capital, he was in great despair and drowned himself in the Miluo River which is, now, in Hunan Province of China. Local people were very sad and paddled down the river to search for his body but they found nothing. They threw lumps of rice into the river to feed the fish in hope that fish didn’t eat Qu Yuan’s body. As times goes, rowing boats developed into dragon boat racing while the lumps of rice became Zongzi, sticky rice dumplings wrapped in a bamboo leaf. And the day of his death became Dragon Boat Festival, also known as Dragon Boat Day, Duan Yang Festival, Double Five Festival. It falls on June 7 this year.

Dragon boat races and eating Zongzi are the most common customs in Duan Yang Festival. 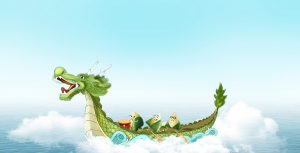 In Chinese culture, dragons are powerful and benevolent. They exist in legends, festivals, astrology, art, names, idioms, etc. but not in reality. They live at the bottom of the seas, rivers, lakes or anywhere with water. They can summon rain and represent lucky and good. Emperors are believed to be the sons of dragons. Chinese say they are descendants of dragons. In a word, dragons in China is totally different from those evil dragons in Western.

Dragons are believed to bring rain to the world. While in a drought, folks will pray to the dragon king to summon rain to relieve the drought and save them from suffering. The dragon boat race is derived from the ancient sacrificial activities to pray for a kind climate and a best weather.

A dragon boat is shaped and decorated in the form of a Chinese dragon. It’s more like a human-powered wooden canoe but with a long body that could accommodate 30~60 people to paddle the boat. The size of dragon boats varies by region and the crew number changes accordingly.

Zongzi is the most popular food of Dragon Boat Festival. It’s a glutinous rice dumpling shaped in a pyramid and wrapped in reed or bamboo leaves. Zongzi can be found in a variety of shapes and sizes. Zongzi are filled with many flavors including dates, egg yolks, pork belly, soybean, etc.. In the south of China, people prefer the salty flavor. In the eastern of China, people prefer the sweetened flavor. Another food is salty duck eggs. Before Duan Wu Festival, people will present Zongzi and salty duck eggs to relatives, friends, etc.

Duan Yang Festival is not only to memorialize the death of patriotic poet Qu Yuan. According to the Chinese Zodiac, the fifth day of the fifth month on the lunar calendar is a day when poisonous insects come out and become active. Temperatures and humidity rise on this day and more insect pests and bacteria causing disease. It, therefore, also used to be a cleanliness day with a history of over 2,000 years. People would hang wormwood, drink realgar wine and wear sachets on this day to expel evil.

Mugwort and calamus leaves are believed to have medicinal value in China. Their fragrance is very pleasant and refreshing and can deter flies and mosquitoes. On Duan Yang Festival, Chinese usually clean their houses, courtyards, and hang mugwort and calamus on door lintels. They believe this could expel disease and bring good luck and happiness to their family. This custom is common in villages now. It’s seldom to see in cities.

A sachet is a small bag full of various spices. Some bags are embroidered; some are simple-made. The spices commonly are Chinese atractylodes, angelica dahurica, flag leaf, and biond magnolia flower and will help prevent heat stroke, dispel mosquitoes, improve the appetite, refresh the mind, etc.. Many people carry sachets in their pockets, keep them in their beds and cars. Some carry with hopes for peace and happiness, especially for keeping their children safe.

Realgar wine (Xionghuang wine) is made from cereal and realgar which is a yellowy-orange arsenic sulfide material. Drinking realgar wine is also one custom of Dragon Boat Festival. In the Chinese Legend of White Snake, Madame White snake drunk realgar wine on Duan Wu Festival and revealed her true shape, a huge snake. Her mortal husband Xuxian was scared to death when seeing her true shape. Chinese believe realgar wine could help to ward off evil spirits, disease, and dangerous creatures. Children wear charms made from realgar. Some people use realgar wine to write the Chinese character of King ‘王’ on children’s heads. They believe this could protect their children from disease and evil things.