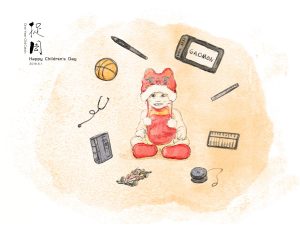 Because of the child’s physical and mental immaturity, our child needs special guarantees, care and special legal protection before or after its birth. It’s necessary to design a day to celebrate children’s wellbeing. The start of Children’s Day could date back in 1920 when the founder of Turkey Mustafa Kemal Attatürk proclaimed on the occasion of the establishment of the National Assembly 23 April as the Children’s Day. In 1924, the League of Nations adopted Geneva  Declaration of the Rights of the Child. In 1925, the first World Conference for the Wellbeing of Children was held in Geneva and proclaimed June 1 as the International Children’s Day.

June 1 International Children’s Day did not become an international celebration until the happen of Lidice Massacre in World War II in the Czech Republic in 1942. Reinhard Heydrich, a high-ranking SS official, and deputy of the Protectorate of Bohemia and Moravia, wounded seriously and died of sepsis on June 4, 1942. An enraged Adolf Hitler ordered immediate retaliation. Nazi officials arrived in Lidice and herded villagers into the main square after midnight on June 10.

A Nazi radio announcement broadcast released the day after the attack: “All male inhabitants have been shot. The women have been transferred to a concentration camp. The children have been taken to educational centers. All houses of Lidice have been leveled to the ground, and the name of this community has been obliterated.” Nine children met the criteria for Germanization and were sent to Poland to learn German. The remaining 81 children were sent to the Chelmno extermination camp. Historians believe they were killed in mobile gas chambers that same day. A total 340 of Lidice’s 503 residents were dead as a direct result of the June 10 massacre.

Children are the hope of our nations. It deserves to save a day to celebrate our children for their rights and welfare. In 2000, the UN set the Millennium Development Goals. One of the goals is to eliminate HIV/ by 2015. In many African countries, most of the HIV victims are children who have inherited the disease from their parents. International Children’s Day is also celebrated to uphold the needs of the children as written in the 1989 International Human Rights Treaty.

On this day, Chinese parents often take their children to go to an amusement park or zoo. Many schools will hold cultural performances, camping trips, Children’s Day gala shows where kids dance and sing together. Some cinemas offer free tickets to kids. Parents are given a half discount. The state TV channel, CCTV, will hold a big gala show for children annually and broadcast the show on TV nationwide.

Children’s Day in China is not only for kids but also for many young people who are not kids anymore. Many grown-ups in China joke that they still want to celebrate this day. Young people believe a little kid is living inside of their hearts. Children’s Day is a chance for them to recall the little kid in their minds. There are many ways to celebrate this day for young Chinese. On this day, posts about childhood memories are flooded on the internet. Many young people even sent gifts and say ‘儿童节快乐’ ( happy Children’s Day) to their girlfriend, boyfriend or just to friends. Some might gather to have dinner or go shopping.

Nice Blog it helped me a lot to know more about please visit
https://crescendotranscriptions.com/transcription/
and more like this

Thanks for your support, I will try to be better.